According to the Indianapolis Metropolitan Police department, the city saw 246 murders in 2021.

And is in previous years most had prior felonies.

Indy Politics spoke with Rev. Charles Harrison of the 10-Point Coalition about the murder rate and what, if anything, can be done to alleviate the problem in 2022.

The Leon-Tailored Audio runs for about 20 minutes. 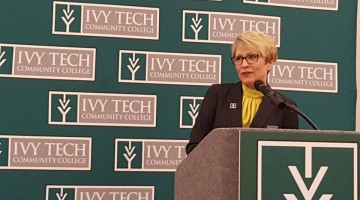