State Rep. B. Patrick Bauer (D-South Bend), the longest-serving member of the Indiana House of Representatives and one of the country’s longest-serving state legislators, today announced he will not run for another term.

Bauer has spent 50 years in the Indiana General Assembly, serving six years as Speaker of the House, four years as Minority Leader and 12 years as Chair of the House Ways and Means Committee.

During his tenure, he has received numerous awards and honors from organizations across Indiana. Most recently, he received the Legislative Excellence Award from the Indiana Prosecuting Attorneys Council for leading efforts to enact a bill that made it legal to collect DNA samples from felony arrestees to enable law enforcement to use DNA as a means to save lives and put dangerous criminals behind bars.

“It has been an honor to serve the people of St. Joseph County in the state legislature,” Bauer said. “What I will clearly miss the most is the interaction with all of the local residents who have been so kind and helpful through the years. By working together, I truly believe we have made St. Joseph County, and Indiana, a better place to live.”

In addition to serving as a state representative, Bauer worked for the South Bend Community School Corporation for 33 years, spending time as an English teacher and as an administrator. He later served as a statewide administrator for Ivy Tech Community College. 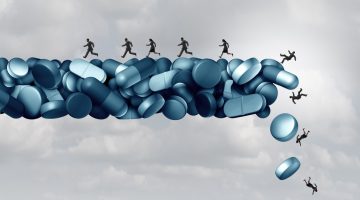 The Origin of Opioid Addiction