Indiana House Speaker Brian Bosma announced Tuesday that he was stepping down as Speaker and not running for re-election.

Bosma was first elected to the Legislature in 1986 and he said it was time to go.

He is stepping down as Speaker this year so that the caucus can choose a new Speaker-elect in time for the next session.

You can hear the Speaker in the Leon-Tailored Audio above.

His comments run about 16 minutes. 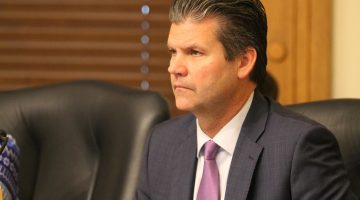