Indianapolis City-County Council President Maggie Lewis is introducing a proposal that,  she says, would guarantee basically every full-time city and county employee a “living wage”.

Proposal 92 would guarantee all city-county employees make at least $13 an hour.

Supporters say the measure would make sure no working families would be living in poverty.

According to the proposal, it would impact about 357 city and county employees and would not go into effect until October 1.

Although the city is facing at $25,000,000 structural deficit, supporters say they can find the money in the current budget to cover the salary increases.

A news conference on the proposal was held  this morning.

You can hear it in the Leon-Tailored Audio above.

Next post Ivy Tech to Hold Hearing on Tuition Increase 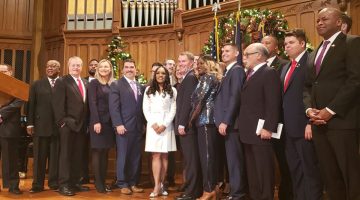