The President of the United Auto Workers Union says despite differences the organization may have had in the past with Evan Bayh, he’s encouraging his members to support the former U.S. Senator and Governor.

Williams said despite Bayh’s support of a trade agreement with China that reportedly cost 2 million jobs, he has been with labor more than 90 percent of the time and would be a statesman if he was returned to office.

You can hear Williams’ comments in the Leon-Tailored Audio above, it runs about five minutes.

Williams also talks about the support Donald Trump is getting from many blue collar, rust belt workers. 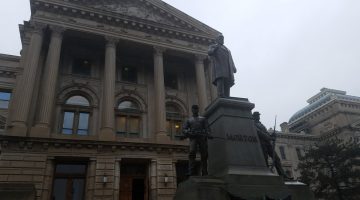