Under the program, the direct current EV chargers must located along a major roadway, like an interstate, every 50 miles and less than one mile from the exit.

“A robust network of convenient, reliable charging infrastructure is essential to addressing range anxiety for electric vehicle owners,” INDOT Commissioner Mike Smith said in a statement. “Through the NEVI program, Indiana will work with private and public partners to make strategic investments in charging infrastructure along our highways to support the growing number of EV’s traveling throughout our state.”

INDOT announced the approval Tuesday, one day after officials from the federal Department of Transportation fielded equity concerns from Black Hoosiers in Gary and Indianapolis. An alliance of Black faith leaders, business owners and activists pressed the federal government to reject the plan in favor of one that addressed their concerns.

The Indiana Alliance for Equity, Diversity and Inclusion of Electric Vehicle Infrastructure and Economic Opportunities responded Tuesday following the announcement, calling the approval “disappointing” but unsurprising.

“It is imperative that our Black Business and communities benefit from this once in a life time New Deal. The plight and condition of lives is predicated on Just and race conscious investments,” Denise Adbul-Rahman, the state chair for environmental & climate justice with the Indiana NAACP said. “Therefore we will continue to demand that the six-point plan and the Indiana Green Book to Electric Vehicle Infrastructure be incorporated in the months to come and we expect (the federal government) to require INDOT/OED be more accountable to our inclusion as a condition for future funding.”

Adbul-Rahman, speaking as part of the alliance, said they believed INDOT should be required to amend its EV infrastructure plan to be more intentionally race conscious.

The first round of the plan will include 44 EV chargers and due to the state’s dispersion of interstates, every Hoosier will live within 40 miles of a NEVI-funded charging station. The plan prioritizes EV charging stations in disadvantaged communities, a requirement which advocates decried for placing rural communities over polluted urban communities.

NEVI’s $5 billion funding, created by the 2021 Bipartisan Infrastructure Law, aims to spur the construction of at least 500,000 EV charging stations by 2030 in hopes of encouraging wider adoption of the technology and reducing range anxiety for EV owners.

For states, NEVI funds cover 80% of installation costs, with the remaining tab picked up by site owner-operators. INDOT anticipates seeking EV site proposals in mid-2023 with installation slated to start in 2024.

GOP Gov. Eric Holcomb said earlier this month that “it’s incumbent upon our state” to actively participate in the electric vehicle transition, adding that part of that will require Indiana to make future investments to its infrastructure. Indiana is one of the members of the Regional Electric Midwest Coalition, which aims to secure additional funding by cooperating together.

More information about Indiana’s Electric Vehicle Infrastructure Deployment can be found on the INDOT website. 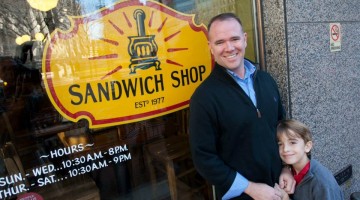