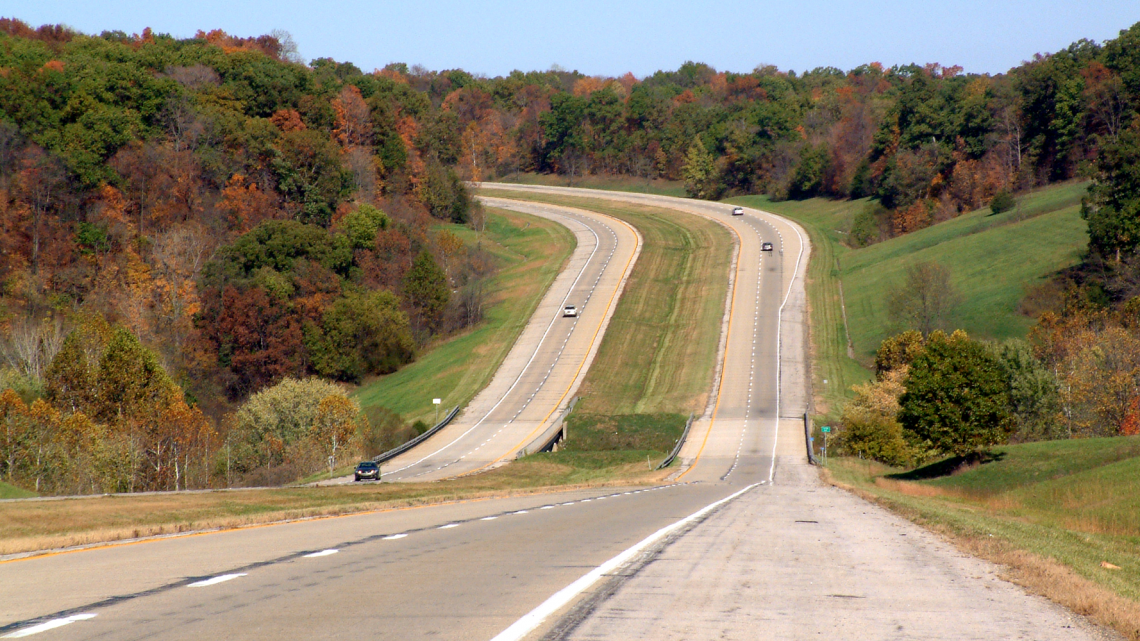 If Indiana wants to fully address its road funding problem, it is going to seriously have to include toll roads as part of that equation.

Right now, the state has about $1.1 billion worth of road funding needs.  There are numerous proposals on the table to help close that gap; an increase in the gas tax (adjusted for inflation), shifting all the sales tax revenue on gasoline to go towards road funding (however some key lawmakers aren’t crazy about that), using some sort of tracking measurement on vehicles so they would pay by the mile (tin foil hat wearers are now on high alert).   Unfortunately, that might not be enough and the state is looking at millions of unmet road needs.

So what’s the answer, or at least part of the answer?  Toll Roads.

Say what?  Yes, toll roads.  They address two major issues; they give you a stable source of long-term road funding revenue and it also captures out of state traffic and doesn’t put the bulk of the burden on the locals.  Allow me to elaborate.

First of all, a toll road is the ultimate user fee.  You don’t pay the toll unless you use the road. Indiana is the crossroads of America and within a day’s drive of 80 percent of the country; that’s a lot of people using the roads who aren’t necessarily helping pay for them.

Secondly, toll roads can provide a reliable long-term funding mechanism, because regardless of how many miles someone can get to the gallon or to the charge in their electric vehicle, they still have to use the roads.

Third, and some could argue most importantly, under current federal rules while you can toll for bridge improvements and the roads connected to them, a government can’t implement tolls until AFTER the work is done (take a look at recent bridge work on the Ohio River to see what I mean).  So yes, while you would be paying for a road, you can see what you’re paying for and that can go a long way at times to make people feel better.

Now exactly how the tolls would work in Indiana would remain to be seen because there are a lot of questions that need to be answered, such as where do you toll, how much do you toll, do you toll in urban areas like 465 in Indianapolis or 469 in Ft. Wayne, do you use an electronic toll pass or the old fashion crossing guard arm and do you toll at every entrance or exit ramp?  And what about the people who don’t want to pay a toll so they get off the interstate and clog up your state roads?

These are a lot of questions.  But when you look at the fact that not only does Indiana have more than $1 billion of unmet road needs; just to maintain what already exists is going to cost and extra $368 million over what’s being budgeted right now.  And if you want to finish what was started on I-69 and US 31, you’re going to need an additional $138 million.  Oh and what the heck, let’s throw in some future projects such as additional lanes on interstates and taking care of some state roads you may as well throw in at least another $470 million.

Does anyone seriously think this can be mitigated alone by gas taxes?  No, because no serious person would think that.   There are some estimates that if you literally tolled everything humanly possible that you could  in Indiana you could raise about $1.138 billion, or literally all of the state’s road needs, but that’s not practical.  Nor is raising the gas tax 26 cents per gallon because that is what you need to do to get that same amount of money.  At the end of the day, the responsible way to do this is with a mix of funding options and the use of tolls should be one of them.

And if you will allow me to paraphrase Ernest Hemingway, and you knew this was coming, ask not for whom the road tolls, it tolls for all of us.