Advocates for Indiana’s hemp industry say they are going to work with state lawmakers to make sure that CBD oil is available for Hoosiers.

Attorney General Curtis Hill’s office recently issued an advisory opinion that CBD oil is illegal because it is a derivative of the marijuana plant.

A number of state lawmakers have disagreed with Hill’s interpretation of the statute.  State Sens. Jim Tomes (R-Wadesville) and Blake Doriot (R-Syracuse) plan to introduce legislation this session to clarify who can sell and buy CDB oil, in addition to expanding limitations to those with a treatment resistant medical condition.

Justin Swanson who lobbies on behalf of the hemp industry says they are working with numerous lawmakers and groups to help clarify the law.

You can hear Swanson in the Leon-Tailored Audio above.

It runs about nine minutes. 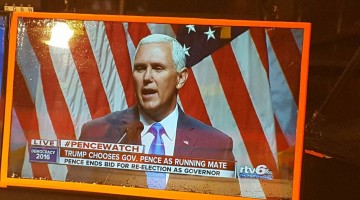