Riggs said Cunningham will also work overnight, so as to better coordinate crime fighting efforts and allocate resources where needed.

You can hear Hogsett and Riggs in the Leon-Tailored Audio above.  It runs 23 minutes.

So far Indianapolis had had five murders since January 1. 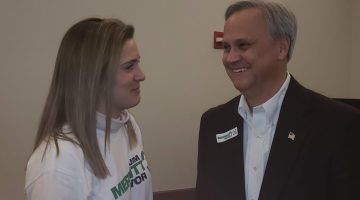 Merritt on the Mayor’s Race