A second “community conversation” on policing was held this Saturday at Charles Tindley school on the east side.  It is part of a series of forums sponsored by the Indianapolis City-County Council in the wake of the Aaron Bailey police action shooting.

Both Council President Vop Osili, as well as Rick Snyder of the FOP, say they like the idea of giving the public more information regarding traffic stops and what’s expected from the driver as well as the officer making the stop.

Also attending the forum was Republican City-County Councilor Marilyn Pfister who also agreed with giving the public more information on dealing with those types of incidents.

You can hear Osili, Snyder, and Pfisterer in the Leon-Tailored audio above.  Each segment runs about eight minutes. 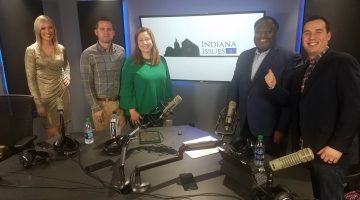