Indiana Democrats are going after their Republican counterparts, saying they haven’t gone far enough in rebuking Donald Trump over his most recent broadcast remarks.

You can hear Zody and Demaree in the Leon-Tailored Audio above. 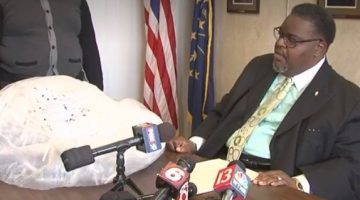