Braun’s 2018 campaign for Senate is being accused of having about $8.5 million in prohibited loans, including $1.5 million from Braun’s former company, said documents from the Federal Election Commission.

“In the Interim Audit Report (IAR), the Audit staff determined, based on loan documents provided by MBFI, there were apparent prohibited loans and lines of credit totaling $8,549,405. This included five loans and eleven lines of credit from financial institutions, totaling $7,049,405, that did not appear to be made in the ordinary course of business,” said a report on the audit released last week.

State Party Chairman Mike Schmuhl told Indy Politics Thursday,  “Hoosiers deserve answers and the Indiana Democratic Party is calling on all jurisdictions to investigate potential criminality related to Braun’s campaign, businesses, or personal finances. The Department of Justice and the United States Attorney for the Southern District of Indiana should determine whether federal laws were broken. The Indiana Attorney General also should look into any wrongdoing with state law, particularly those related to tax records.”

The audit results indicate Braun provided no collateral for the loans. There was no guarantee the loans could be paid back, says the FEC.

The other $1.5 million, from Braun’s former company, was from an “impermissible” source, said the audit. It is illegal for Congressional campaigns to take money from corporations.

Braun’s campaign, in a response, said the fault belonged to the campaign’s former treasurer, Travis Kubrick.

“This former treasurer had represented that he was able and willing to do the accounting and reporting work he was hired and paid to do; however, as both the Committee and the Audit Division team are now aware, at some point during the 2018 election cycle this individual began making mistakes and failing to perform his services as warranted (and for which he was being paid). He ultimately vanished, and he has not been able to be located since the end of 2018,” said the response.

The documents can be found in this file: https://www.fec.gov/resources/cms-content/documents/mtgdoc_21-39-A.pdf

The “Daily Beast”  reported that in just minutes time they were able to determine the whereabouts of Travis Kubrick, including his current place of employment. Joshua Kelley Chief of Staff and Senior Political Advisor for Braun, said the “Beast’s” reporting may not reflect how Kubrick would respond to the campaign’s request for his accountability on mistakes made during the campaign.

“The DRAFT audit report issued by the FEC’s audit staff nearly two months ago was just that: a draft issued before the campaign committee provided the necessary documentation to clear up the loan issues raised in the report. However, if you have read the documents that the campaign committee has since provided to the FEC or listened to the recent hearing with the FEC Commissioners, it is clear that the final version of the FEC’s audit report will conclude that all the loans fully complied with the law,” said Kelley.

“Sometimes these FEC audits require time to work themselves out; that has been the case here, and we’re not the least bit concerned about how the process will end,” he said.

You can hear Schmuhl in the Leon-Tailored Audio above.  It runs for about 19 minutes.

He also discusses the infrastructure bill, 2022 elections, and the Democrats “Small Town” Tour. 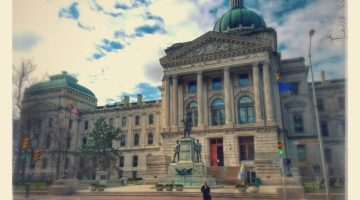