Is Fair Oaks Getting Fair Treatment?

One longtime Indiana agricultural commentator and podcaster says the public should not jump to conclusions regarding Fair Oaks Farms and its operations in the wake of a video showing workers abusing several calves.

Three people have been charged with animal cruelty in the wake of released video footage showing workers at the Newtown County dairy abusing animals.

The owners have apologized and said they are taking steps to prevent future abuses.

Damian Mason has been a longtime commentator and speaker on agricultural issues.  He says while under no circumstances is animal cruelty justified, the public should be skeptical of the group who did the filming.   He also says that a romanticized view of farming’s past has caused the public to have a negative view of larger farm operations.

You can hear Mason in the Leon-Tailored Audio above.  Each segment runs about nine minutes. 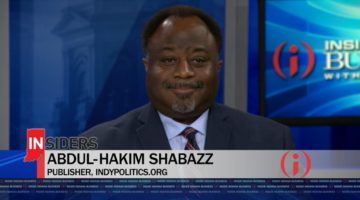