Is This What George Floyd Would Have Wanted? 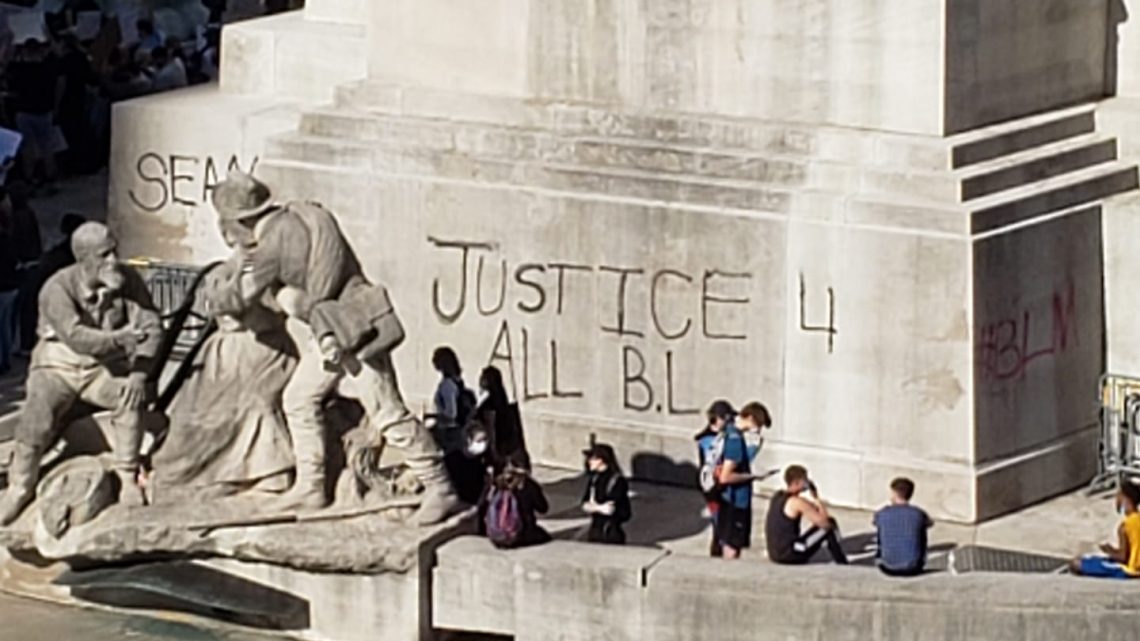 That was the result of violent protests last night in Downtown Indianapolis.  No, let me change that.

That wasn’t protesting, that was rioting.

A protest is a peaceful demonstration a riot is what we saw last night.

For several hours I watched my colleagues at WISH-TV report on the damage caused by rioters.   They set two banks on fire, threw rocks and water bottles at police, and broke a lot of windows.

Is this what George Floyd would have wanted?

They spray-painted several buildings, including Monument Circle. They caused damage to a lot of buildings.

It’s one thing to peacefully protest to show your anger.  I get that, easily.  What I don’t understand is destroying businesses and private property.  That isn’t protesting that’s rioting.

Martin Luther King Jr., said, a riot is the language of the unheard.   But he also said riots are socially destructive and self-defeating.  So I have to ask, what was the point of Friday and Saturday nights?

What was the point of smashing the windows at Huntington Bank or Downtown Comics?

What was the point of throwing rocks and water bottles at police officers?

What was the point of setting dumpsters on fire in the middle of Pennsylvania Avenue?

How are rioting and damaging property going to do anything to help your cause?  If anyone should be upset it should be the thousands of people who came out, protested, and then left.  Most of the work that they did to make their voices heard has been or will be forgotten due to a bunch of knuckleheads who don’t know how to honor the social contract.

And it wasn’t just here in Indianapolis.  Minneapolis, Atlanta, Chicago, Los Angeles,  I have the same questions what did you accomplish?  What did you accomplish by attacking the CNN building or the courthouse in Nashville?   Please tell me because I must have missed something.

Is this what George Floyd would have wanted?

I don’t think so.

Abdul-Hakim is a licensed attorney and the editor and publisher of Indy Politics.  His views are his own, but you are free to adopt them.