Although the latest state revenue forecast shows Indiana taking in a couple hundred million dollars in new revenue over the biennium, lawmakers are sounding notes of caution as they enter the last few days of the legislative session.

According to the revenue forecast unveiled today, state revenue will increase about 6.4 percent over the next two years, to the tune of about $200 million.

Despite that increase, both House Ways and Means Chairman Dr. Tim Brown and Senate Appropriations Chairman Luke Kenley both say the slight increase in revenue, as well unpredictability in the national economy means lawmakers will still have to exercise fiscal discipline going forward.

Also, it is unclear what the impact of the forecast will be regarding on budget negotiations, particularly the House Republican proposal to shift the entire sales tax on gasoline to road funding. The Senate has opposed that plan.

You can hear Brown and Kenley in the Leon-Tailored Audio above, as well as analysis from John Ketzenberger of the Indiana Fiscal Policy Institute.

Governor Eric Holcomb released the following statement regarding the forecast.

“While we are seeing moderate growth in revenues across our state, we must be cautious about the fact that projections have not always mirrored actual revenue experience. Hoosiers may be assured my administration will continue to exercise strong financial management and good fiscal stewardship as we strive to deliver great government service at great taxpayer value.”

“With an uptick in the projected revenues for the next fiscal year, the state now has a financial cushion to help pad the budget. Although there is a relatively small bump in projected revenues, I am not encouraging spending all the projected increase this biennium. I would hope that the majority in both chambers see it prudent to use this money to invest in Hoosiers; at a minimum I would like to finally see an investment in a state-wide pre-kindergarten program, matching what Governor Holcomb asked for in January. In addition to an investment in our state’s children, I would like to see the state’s infrastructure spending increase slightly as well, especially in the way House Bill 1002 currently distributes funds to our local units of government.” 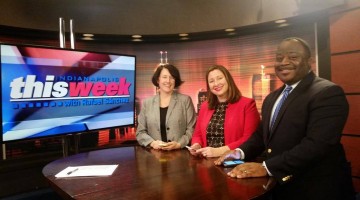