South Bend Mayor Pete Buttigieg is playing down speculation he may try to run for Governor of Indiana if he doesn’t win the Democratic nomination for President.

Buttigieg was in Indianapolis Friday speaking to the local chapter of the NAACP.

His campaign recently hired a campaign coordinator for Indiana, even though the May primary is seven months away.

There has been talk in Hoosier political circles that Buttigieg may try and run for Governor if he loses the nomination.

Speaking to the media, Buttigieg said there was a good chance that the nomination might still be open by the time of the Indiana primary and so he wanted to make sure his campaign was prepared.

You can hear Buttigieg’s comments in the Leon-Tailored Audio above.  They run for about six minutes.

He also comments on the current impeachment inquiry against Donald Trump, his relationship with African-Americans, marijuana legalization,  and whether he is trying to shift to the political center to appeal to more moderate voters. 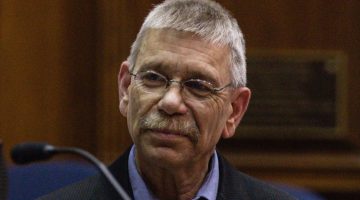