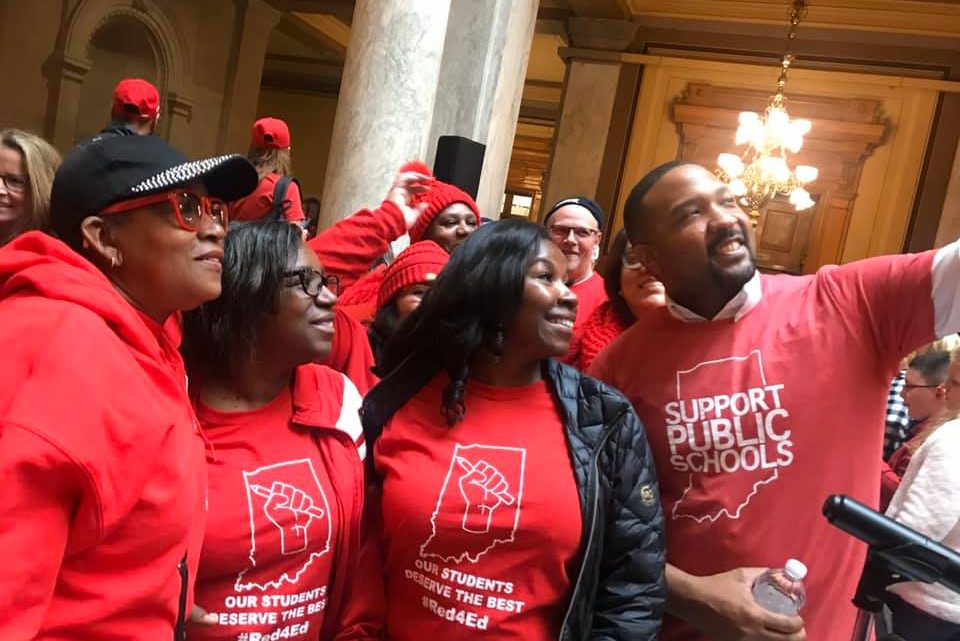 One Democratic candidate for Governor is questioning an endorsement his opponent received from Indiana Chapter of the American Federation of Teachers.

The Indiana Chapter of the American Federation of Teachers is throwing its support behind State Senator Eddie Melton of Gary.

According to the Times Northwest of Indiana, AFT said Melton is the best choice to lead Indiana because he has a track record of listening to teachers and they cited the “Red for Ed” rally at the Statehouse on November 19.   “Eddie Melton is a champion for public education at a time when Indiana’s public schools are getting hit hard,” said GlenEva Dunham, of Gary, president of AFT Indiana.  “He has shown his support of public education during his term as a state senator and he has always stood by us.”

However, at least one of Melton’s rivals is questioning the endorsement.  Josh Owens says he never got a chance to speak with the AFT and share his ideas on education.

“I remain encouraged by the support I’m receiving from rank-and-file teachers in the classroom, including over 1,000 signatures endorsing my ballot placement at the Red for Ed rally a few weeks ago. But I’m disappointed not to have been offered the opportunity to share my plan to invest $3 billion over the next ten years in public education with AFT leadership,” Owens said.  “Campaigns should be about ideas for the future, which is why I’ve offered an education plan that invests an additional $300 million per year into education, creates a minimum compensation package of $50,000 per year for all Hoosier public school teachers, and eliminates the cost for public school textbooks on Indiana families.”

Indy Politics also reached out to Dr. Woody Myers’ campaign.  A spokesperson told us, “He did meet with the head of the AFT earlier in the campaign and would welcome the opportunity to do so again. Anytime he can talk to groups and individual Hoosiers about their concerns and ideas is time well spent. Dr. Myers will continue listening to teachers, working for teachers and advocating for teachers.”

Despite the unions’ endorsement, Andy Downs of the Mike Downs Center for Politics at Purdue University Ft. Wayne says time will show whether endorsement means much.

“The good that comes from endorsements is scalable.  The lowest level is earned media.  That will last a limited number of news cycles.  The next level is that the endorsement comes from a group that is well respected and can be featured in advertising.  The real benefit comes from the next two levels.  The endorsement brings a group of committed volunteers and donations from the organization and the members.  It is the volunteers and financial support that make the big difference for the campaign,” Downs noted.  “The endorsement of the AFT already cleared the first level and can be used on the second level.  Melton has gotten earned media and people, in general, like teachers so the endorsement can be used in advertising.  Having thousands of people engaged on Red for Ed Day and in other events shows the potential for benefits on the other levels.” 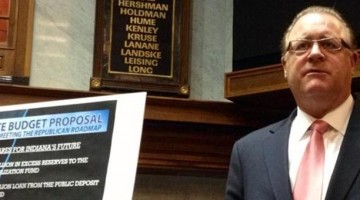