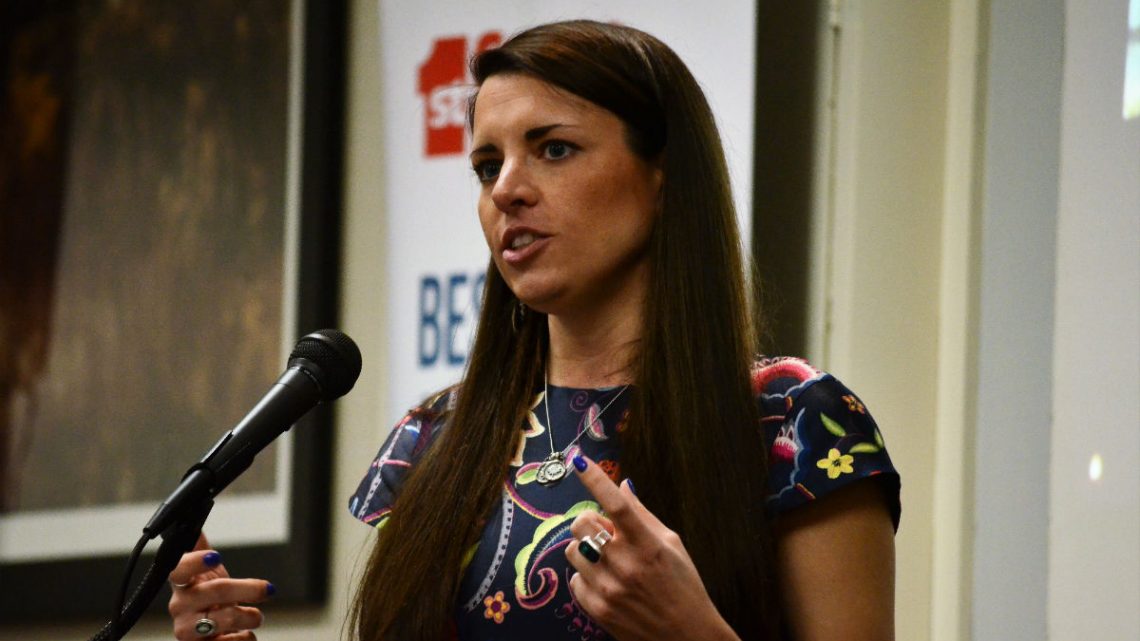 Blair Milo, the former mayor of La Porte and member of the Holcomb Administration, announced Friday that  she will run for the United States House of Representatives in the 1st District.

A native of LaPorte and veteran of the United States Navy, Milo won her first campaign for public office when she was elected mayor of La Porte, making her Indiana’s youngest female mayor at the age of 28.

“Northwest Indiana has a history as one of Indiana’s main hubs of economic innovation. We have so many great assets, but all that potential is at risk due to the high spending and burdensome regulatory policies of the Biden Administration,” Milo said. “Inflation, a security crisis at our southern border, and
these expensive liberal wish lists are out-of-step with what Hoosier families want and deserve from our nation’s leaders.”

Milo graduated from Purdue and served in the U.S, Navy.  And as LaPorte Mayor her focus was job creation and economic development.

As Mayor, Milo’s focus was on economic development and job creation.   She was appointed by then-Governor Mike Pence to the State Workforce Innovation
Council, where she chaired the Career Counseling Task Force.   In 2017 Governor Eric Holcomb appointed her to serve as Indiana’s first Secretary for Career Connections and Talent, where Milo helped Hoosier employers, educators, and citizens fill over a million job openings over ten years.

Milo resides in La Porte, Indiana. She serves as the Director of the Center for Talent & Opportunity at  Sagamore Institute, where she helps communities grow  women and minority entrepreneurs and their businesses.

Also declared to run in the Republican primary in the 1st District are Ben Ruiz And Aaron Stoner.