Mother Teresa, May I?

A candidate for Indiana’s 5th Congressional District is coming under fire for a campaign commercial he put out featuring his work with the late Mother Teresa.

Dr. Chuck Dietzen’s campaign released the ad on YouTube earlier this month and it starts with a photo of him and Mother Teresa.

The picture was taken with Dietzen’s camera.

That photo raised the ire of  Missionaries of Charity, an organization founded by Mother Teresa.    An attorney purporting to represent the Missionaries of Charity sent Dietzen a cease and desist letter, saying his campaign did not have the right to use Mother Teresa’s image, and under no circumstances would she have ever allowed her image to be used in a political campaign.

Indy Politics spoke to Dietzen this weekend.  You can hear his comments in the Leon-Tailored Audio above.  It runs for about 12 minutes. 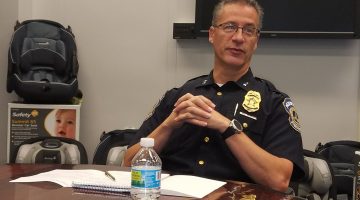