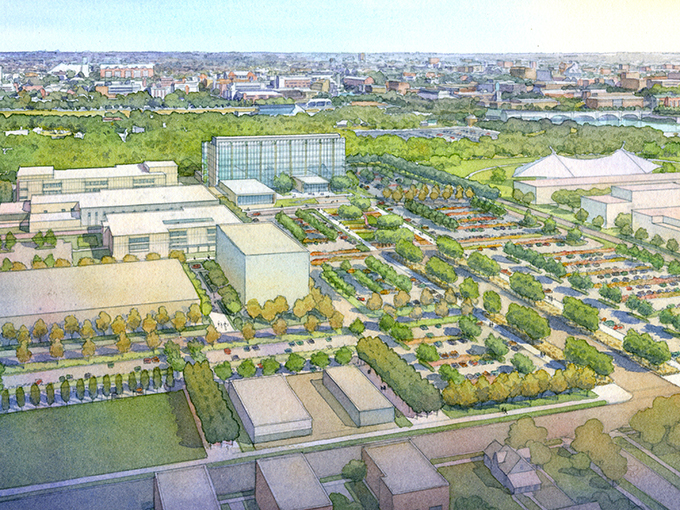 Although Indianapolis city officials have publicly said a property tax increase will not be needed to pay for the new criminal justice center, a Request for Proposal regarding the project shows the door is being left open to raising local option income taxes to help cover the costs.

A  public hearing is scheduled tonight on the $570 million project, and the Council is moving forward with paying $55 million for the design and layout.

Last year,  the Hogsett administration said tax increases would not be needed to pay for the facility, and that criminal justice reforms at the state level, including new rules on bail and bonds proposed by the Indiana Supreme Court, would help mitigate those costs.

However, according to the city’s request for proposal, the Bond Bank says Indianapolis could use “rental” bonds to help pay for the project, and the city would have to” levy sufficient taxes” to pay for the bonds.

Former Indianapolis Mayor Greg Ballard had proposed paying for the criminal justice center with a public-private partnership which would not have required any tax increase, but that idea did not make it out of the Indianapolis City-County Council.

The Last Week of Session (For Now)