The number of Indiana students passing the state math and reading test fell for the second straight year in 2016 — even as more schools saw their passing rates inch up.  (Chalkbeat Indiana)

An Indiana lawmaker plans to introduce a bill that would outlaw and criminalize all forms of abortion in Indiana. (Indy Star)

Employees of a voter registration group admit to police they fabricated or forged the signatures of Indiana voters. (WLFI)

With a little over a month before the General Assembly is in session, the freshmen are in town for orientation. (The Statehouse File)

More than 100 colleges across the country, including some here in Indiana, joined in protest to declare their schools sanctuary campuses.  (Fox 59) 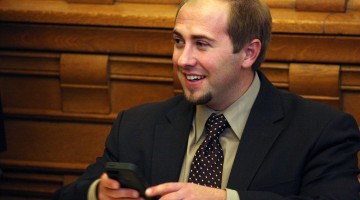