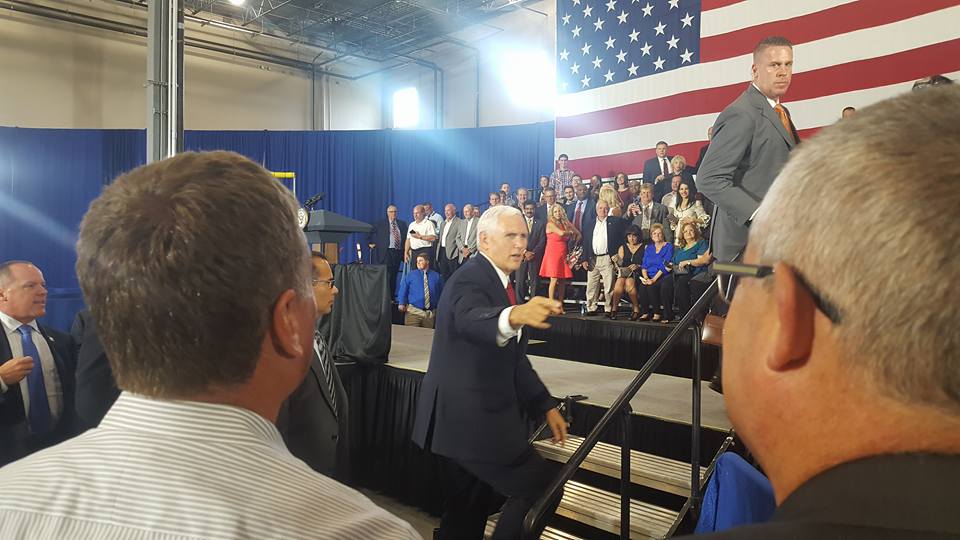 Reaction to Vice-President Mike Pence’s tax speech in Anderson received positive reviews from some of Indiana’s politicos, but there were some distinctively partisan tones.  \

Indy Politics has printed the reaction from U.S. Senator Joe Donnelly, the two Congressmen who would like his job, Luke Messer and Todd Rokita, as well as Congresswoman Susan Brooks who also in attendance at the address, and Indiana Democratic State Party Chairman John Zody.

In the interest of fairness to the Senate candidates, we published the relevant text from their news releases in its entirety.  The quotes are in italics.

“It was great to be with Vice President Pence and Hoosiers today in Anderson to discuss reforming our country’s tax code. I believe that tax reform should benefit middle class and working families. When the Administration releases its tax plan, I hope that it includes policies that create new jobs and protect existing ones, which is what I have discussed with the President and Vice President previously and proposed in my End Outsourcing Act.”

During a recent dinner at the White House, Donnelly discussed his proposal to address the outsourcing of American jobs by supporting companies that invest in American workers and penalizing companies that ship jobs to other countries. In February, in a meeting at the White House, Donnelly discussed the End Outsourcing Act with President Trump and the President expressed his support for the proposal. This came after Donnelly introduced the End Outsourcing Act in January.

Donnelly hopes there will be a bipartisan process to reform our tax code in a way that gives working and middle-class families greater economic security. The Administration has not yet released a detailed legislative proposal on tax reform.

“It’s great to have Vice President Pence back home in Indiana rallying support for bold tax reform to make America more competitive, bring jobs back from overseas, and put more money in the pockets of hardworking Hoosiers.  I hope Senator Joe Donnelly is sincere in his rhetoric.  I hope he will actually work with President Trump, Vice President Pence and Republicans in Congress to cut taxes, reform the code and give the economy a shot in the arm after 8 years of failed liberal policies.  Up until now, every time its mattered, that hasn’t been the case.  As Joe Donnelly admitted earlier this year, he sides with Washington liberals 9 out of 10 times.

Whether it’s the stimulus that sent jobs to China, amnesty for illegals, ObamaCare, the Iran Deal, taxpayer-funded abortion or even gun control, Joe Donnelly is always with Obama, Clinton, Pelosi and Warren, not Indiana.  Now running for re-election, Joe Donnelly’s deception campaign is already in high gear.  Donnelly is even claiming Trump voters are his voters.  It’s just not true.  Hoosiers beware of Joe Donnelly’s deception.

“Hoosiers deserve a tax cut. President Trump’s tax cut plan will help grow the economy, create jobs and increase wages for hardworking Hoosiers,” Messer said. “Vice President Pence gets it. Hoosiers know how to use their money far better than the government, and it’s time we let folks keep more of their hard-earned paychecks. I want to thank the Vice President for returning to Indiana today to urge support for the President’s tax cuts, and I look forward to working closely with him as we deliver much-needed tax relief to Hoosiers.”

Messer is an outspoken advocate of the President’s tax cut plan. He recently wrote an op ed in the Indianapolis Star in support of the plan, which was featured by the White House’s “West Wing Reads.”

“It is time our tax code supports hard-working American families and businesses, and the Vice President understands that tax reform is needed in order to ensure Hoosiers can take home more of their paychecks. Our current tax code is overly burdensome and complicated and inhibits economic growth. I applaud the Vice President’s call for a tax code that promotes job creation, supports Hoosiers throughout the Fifth District and state of Indiana and allows our country to remain a leader on a global scale. I look forward to working with my colleagues in Congress to provide Americans a tax code that puts taxpayers first.”

“As Vice President Mike Pence returns to his own state to talk tax reform, Hoosiers are hoping that the administration’s plan will be far better than the former governor’s own record on taxes, where he put shortsighted political interests before working families. Pence’s “historic” tax cut for Hoosier families amounted to about $50 for the average household last year, while certain corporations and banks reaped hundreds of millions of dollars in cuts. If Vice President Pence wants to take a bipartisan approach that looks out for Hoosier families, he needs to engage lawmakers like Joe Donnelly, not just pay lip service to the idea. Awarding tax cuts to the corporations that offshore American jobs isn’t the answer–he needs to make sure that tax reform puts middle class families first. That’s what Hoosiers demand.” 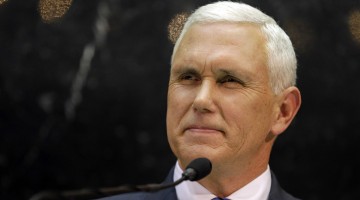