The Democrat who ran for Governor in 2008 will now head Indiana’s economic development efforts.

Indiana Governor Mike Pence today named Democrat Jim Schellinger, who ran for the job in 2008, as the new President of the state’s Economic Development Corporation.

Schellinger, is the President of CSO Architects and has been on the IEDC Board since 2013.  He will take over as President on August 10.

Pence said naming Schellinger to the post shows jobs were not a partisan issue and Hoosiers need everyone working together to keep moving forward.  And Schellinger said his job was to continue to attract new talent to the state.

The two were asked about the politics of the appointment as well as whether the controversy surrounding the Religious Freedom Restoration Act debate and subsequent discussion over adding sexual orientation and gender identity would impact job creation.

You can hear the responses in the Leon-Tailored Audio above.  Part one is the announcement.  Part two is questions from the media.

Reaction to Schellinger’s appointment has been somewhat mixed. 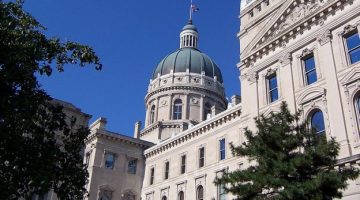