Although Indiana Governor Eric Holcomb said the 2019 legislative session was mostly a success, there were still some areas that needed to be addressed.

Holcomb made his comments today to the media, shortly after signing the state budget and attending a remembrance service for former U.S. Senator Dick Lugar who died over the weekend.

Holcomb said while lawmakers balanced the budget and increased funding for teacher pay, he said the task at hand now was to make sure the new funds got to the teachers.

The Governor also said he needed to review the gaming bill as well as the CIB/Pacers legislation before signing the measures.

You can hear Governor Holcomb in the Leon-Tailored Audio above.  It’s in two parts.  Part 1 is his announcement, part 2 is his questions from the media. 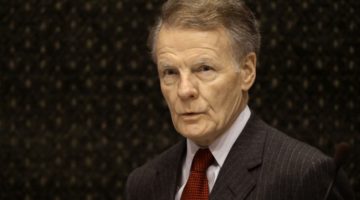