Some Economics of Food Deserts 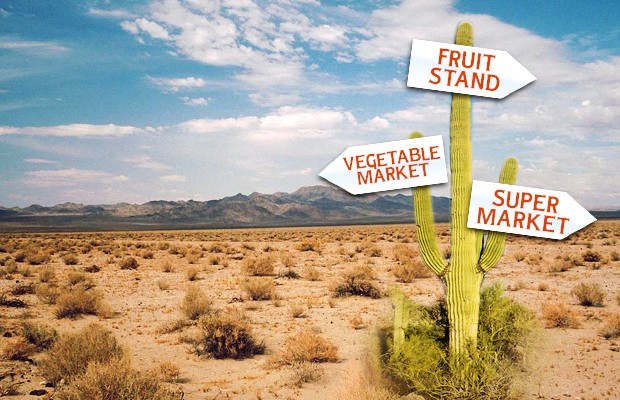 The bankruptcy and closure of Marsh Supermarkets has rekindled the discussion of food deserts in several Indiana towns. For those of you not familiar with the term, a food desert is a neighborhood in which the availability of close food choices is poor. There are several definitions of distance and choices, but unlike many issues facing communities in decline, research on food deserts remains too immature to provide convincing policy advice. A little rigorous economic description of the problem might help.

It is best to begin by restating what should be obvious to us all. The problem with poverty and nutrition in the United States is not about too little food. Obesity, not hunger, is the mark of poverty in the US, in part because unhealthy food is cheap, abundant, and easy to serve. It is time to recognize this truth and to get beyond the counterproductive myths of food insecurity and hunger in America.

Food deserts are partly about the poor, but they are more about poor places than poor people. One salient question is whether the cause of the food deserts is due to supply-side issues, such as the high cost of land or labor; or is it the demand side, such as low population density, low interest in healthier food options, or a predominance of low-income households. The recent Marsh closings in places that might reasonably be called a food desert (in Anderson, Muncie, Kokomo and Connersville) offer some insights.

The first round of Marsh store closing occurred in the poorest parts of these markets. The subsequent bankruptcy auction brought no bidders for these stores, establishing their market price at roughly $0. Importantly, this means that the food desert problem is not a supply side phenomenon. Even an essentially free storefront has not been enough to attract a grocery to these locations. These sites are just not seen as profitable. Notably, grocery is a low-margin industry, and the largest big-box grocery,  Walmart, has not turned more than a 4.0 percent profit since it went public in 1969.

Ironically, nearly all the public sector efforts to address food deserts focus on the supply of food stores. This offers the delicious paradox of so many anti-poverty folks pursuing supply-side policy solutions, but even channeling Ronald Reagan isn’t sufficient to remedy this problem. The Marsh closings in, say, Carmel are probably a supply-side issue. These stores, in excellent locations, couldn’t deliver food as cheaply as their competitors, so had to close and will soon be replaced. In contrast, the Marsh closings in Anderson, Muncie, Kokomo and Connersville are demand-side driven.

A half century ago, each community of 3,000-5,000 people would attract a full-service grocery store. These were slight affairs by today’s standards, but they sold fresh fruits and vegetables. Today a Walmart could easily have more than 10,000 cars in through a parking lot each day. The scale of these stores and the effective supply chains allow them to offer shockingly abundant choices at much lower prices. It is certain that most families who live in food desserts find the trip to Walmart of better value than shopping at the now defunct, local grocery. This natural market process is clearly good for the bulk of families. But, it also creates lower demand for the local grocery, helping bring about food deserts.

The neighborhoods, which Marsh departed in Muncie, Anderson, Kokomo and Connersville, are also much poorer and much less populated than they were a half-century ago. This too reduces demand for the local grocery. At the same time, these sometimes far poorer neighborhoods are recipients of significant food assistance. It is not a criticism of food banks to note that every 6,000,000-9,000,000 pounds of food aid is the equivalent of one local grocery. Spread out across a broader area, that scale of aid might be especially damaging to the viability of small groceries in many neighborhoods. Likewise, non-food nutrition aid does a poor job at promoting healthy choices. Nearly every intervention has unintended consequences, both for good and ill. It is generally good to recognize them.

Finally, many families do not know what healthy food choices are available or how to prepare these foods. While this seems implausible in this day and age, the same problems that tend to trap families in poverty also reinforce poor health habits. This reduces demand for the local grocery store.

Taken together, the demand for local grocery stores in food deserts is typically not sufficient to support a full-service grocery. The downside of this isn’t that sufficient food is unavailable. The food desert problem is simply that inexpensive, healthy foods are not within walking distance of a significant number of urban residents. Solutions to that problem may prove elusive, but they surely involve better education about healthy eating and an honest review of the many ways government and charities try to improve the quality of life of people they serve.

Michael J. Hicks, PhD, is the director of the Center for Business and Economic Research and the George and Frances Ball distinguished professor of economics in the Miller College of Business at Ball State University

Previous post How Traffic Laws and Fines Hurt the Poor 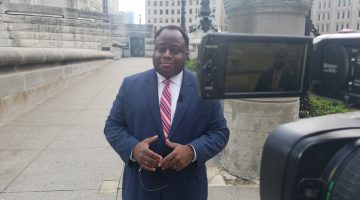