Here are a few items worth mentioning that are more than gossip and rumor, but not quite news.

U.S. Senators Todd Young and Mike Braun have announced their committee assignments.  Young will serve on Finance, Foreign Relations, Commerce, Science, and Transportation as well as Small Business and Entrepeneurship.   Braun will serve on Agriculture, Budget, and the Health, Education, Labor, and Pensions committee.  He will also serve on Environment and Public Works and the Special Committee on Aging.

Indiana Governor Eric Holcomb and the Republican Party announced record-breaking fundraising this week.  Holcomb announced having $4 million in cash on hand, more than any second-year Governor at this time.  The State Party reported about $900,000 in the bank, while Lt. Governor Suzanne Crouch had about $800,000.

Indiana Senate Republicans released their list of legislative priorities this week.  They say they want to keep the budget balanced, support more dollars and reforms for DCS, support school funding and safety.

Indiana House Republicans will unveil their agenda Monday, so will the Indiana Black Legislative Caucus.

Third District Congressman Jim Banks has announced some staffing changes in his office.   David Keller has been promoted to Chief of Staff. Keller is a Fort Wayne native and served as Deputy Chief of Staff for Banks during the 115th Congress. Keller has worked on multiple Indiana political campaigns, served as campaign manager for Banks during his 2016 campaign.   Keller will replace outgoing Chief of Staff Matt Lahr, who is leaving at the end of the week for a new position with the Office of the Director of National Intelligence.  Banks also announced that T.W. Arrighi has been hired as his Communications Director. Arrighi formerly worked for Representatives Mike Pompeo (R-Kan.) and Mimi Walters (R-Calif.).

Marion County Republicans will choose a new chairman on Tuesday.   The contest is between Acting Chair Bryce Carpenter, lobbyist Tammy Sampson Moon and perennial candidate Kat Ping.   Carpenter enjoys numerous endorsements from county elected and appointed officials.  Speaking of Republicans, Jim Merritt is expected to announce a formal run for Mayor in the next two weeks.  Jose Evans is hosting a fundraiser on January 10th at Sullivan’s Steakhouse on  86th Street.

Some Dates to Watch

Got a news conference, event or something worth mentioning.  Let me know so can let everyone else know.  E-mail me at abdul@indypolitics.org. 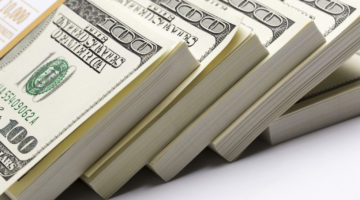