When it comes to criticism that she fosters a “toxic” work environment, Indiana Congresswoman Victoria Spartz says she came to Washington to get things done and her critics need to “toughen up.”

Spartz was cited in a recent POLITICO article of having the highest turnover in Congress and getting the title of “Worst Boss.”

Spartz told Indy Politics that came to D.C. to work for her constituents and to get things done and neither she, nor her staff, should be afraid to shake up the status quo.

You can hear Spartz in the Leon-Tailored Audio above.  It runs for about 10 minutes.

We also discuss the situation in the Ukraine, the possible overturning of Roe V. Wade by the U.S. Supreme Court and her own re-election bid. 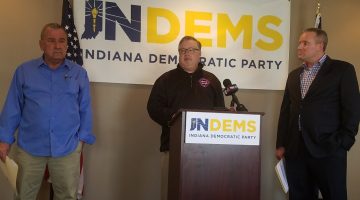