The man who led the special prosecution during the 1990s against former President Bill Clinton says there is no point in trying to impeach Donald Trump unless there is bipartisan support for the effort.

Former Special Prosecutor Ken Starr was in Indianapolis Monday speaking to the Federalist Society, an organization of mostly conservative-leaning attorneys.

Starr said he disagreed with the constitutionality of the special prosecutor law, saying it gave Congress more power to specifically target a President for removal.  However, he noted that if a President must be impeached, it should be done with bipartisan support, otherwise the matter will leave the nation too divided.

You can hear Starr in the Leon-Tailored Audio above.  Part one is his address, while in part two, he takes questions from the audience. 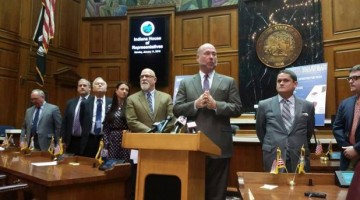