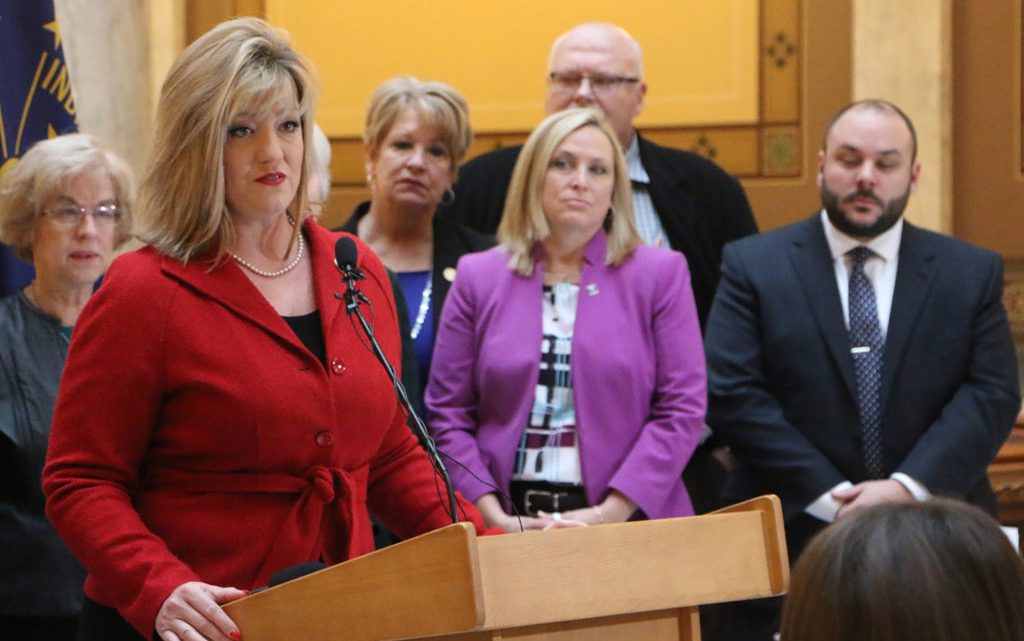 State Representative Holli Sullivan tells Indy Politics she will not seek the post of Speaker of the House.

House Speaker Brian Bosma announced last Tuesday on Organization Day that he was stepping down and would not run again in 2020.

Sullivan was mentioned as a possible contender, along with State Rep. Todd Huston, who currently co-chairs the Ways and Means Committee.

Sullivan told Indy Politics this weekend that she did consider running for Speaker and was ” honored to be thought of so highly by my peers, but have concluded I am not seeking the position of Speaker.

Sullivan was appointed to the legislature in 2014,  taking the seat that was vacated by Suzanne Crouch, who had been appointed State Auditor.

She represents parts of Vanderburgh and Warrick counties.

Need a tux for your formal holiday or New Year’s Eve Party?

Check out our friends at Leon Tailoring.