As Indiana lawmakers continue the debate over “net metering” the two sides of the issue make their cases as to whether the state should or should not subsidize Hoosiers who use solar panels and sell their energy back to their local utility.

Under current law, a Hoosier who decides to sell unused power back to their local utility is reimbursed at the retail rate as opposed to the wholesale rate.

Supporters say as the costs of producing solar energy drop so do the need to subsidize solar power users.  Opponents say SB 309 will stifle renewable energy use.

You can hear them both in the Leon-Tailored Audio above.  Each segment runs about nine minutes. 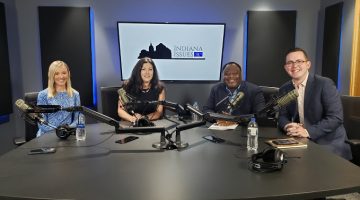