The House Majority Floor leader is calling on lawmakers to authorize a study for medical marijuana.

In a news release this afternoon, State Rep. Matt Lehman called for for an in-depth study of medically supervised therapies involving marijuana and urging Congress to reschedule the drug to allow research of its potential medical applications.

“With 29 other states and Washington, D.C., allowing the use of the marijuana plant for medical purposes, Hoosiers rightfully want to know what direction Indiana will take,” Lehman said. “I believe it is wise of policymakers to carefully gather public and professional input, and look at the successes and failures of other states. This is not intended in any way to lead to the decriminalization or legalization of recreational marijuana. While I myself have reservations, I believe it’s time to look at all of the facts and data on the issue.”

If Lehman’s House Resolution 2 is adopted, it would urge the Legislative Council to require the Indiana General Assembly’s Interim Study Committee on Public Health, Behavioral Health, and Human Services to examine science-based evidence regarding marijuana and its derivatives in the treatment or palliative care of various medical conditions. The study committee would also be charged with investigating the experiences of other states in allowing the medical use of marijuana, including the impact on youth substance abuse, traffic accidents, workplace safety and law enforcement. Members of the committee would also look into the impact and effectiveness of states’ varying regulatory schemes to license, monitor and regulate medical marijuana.

“By reclassifying marijuana as a Schedule II drug, it would still be heavily regulated, but its potential medical applications could be legally studied and tested by research institutions,” Lehman said. “The current federal scheduling of marijuana under the Controlled Substances Act severely hinders scientific research of any potential medical benefits, preventing it from being removed from Schedule I status. It’s a classic catch-22.” 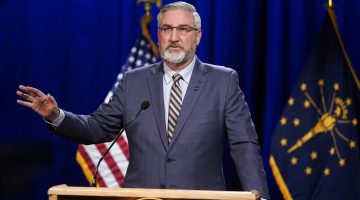