Use Education to Fight “Inequality” 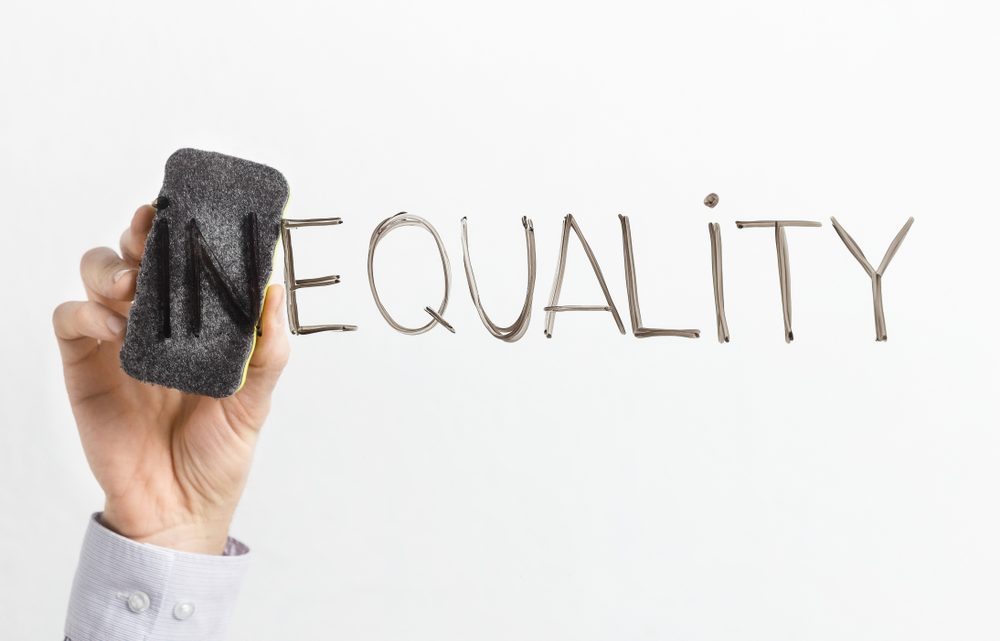 Whenever some social justice warrior (SJW) comes to me about “inequality”, I am always polite, but in the back of my head, I want to smack this person with a baseball bat that has “reality check” written on the side.

Now, what is it that would make me want to commit such an act of violence?   It isn’t so much the problem the SJW is spouting, but the remedy, which usually involves spending a lot of someone else’s money.

For example, Democratic Presidential candidate Kamala Harris wants to spend more than $100 billion on a homeownership program to help African-Americans close the “wealth gap.”  According to published reports, her plan would help four million homebuyers through down payment and closing-cost assistance — granting up to $25,000 from the Department of Housing and Urban Development.

Her campaign said, “If we eliminate racial wealth disparities in homeownership rates, median Black wealth would grow $32,113 per household, and the wealth gap between Black and white households would shrink 31 percent.”

This is such a bad idea on so many different levels.  First of all, there will be court challenges to any race-based program.   But the bigger problem will be the unintended consequence of less “affordable” housing for the same people Harris is trying to help.  It will only make homeownership more expensive for African-Americans who can least afford it because when they go house shopping, the seller can jack up the price since they know there’s a government subsidy involved.

This is more than insulting, it’s offensive.

If Harris, and the other SJWs, want to close the racial wealth gap, the way to do it is with education and opportunity.  Educational attainment is one of the most significant predictors of how much someone will make down the road.  So Harris and the SJWs should support policies that create more education opportunity, i.e., school choice, charters, vouchers, alternative forms of learning, i.e., online education, so families can have a better chance at getting a good education.

We also need to make sure that when African-American students are choosing careers and vocations, it’s something they can make a living doing, or at the least make them well aware of what the pay and salaries will be in those fields.   This is not to say that social worker or music historian isn’t an important job, but we need to make it clear they probably won’t make as much as a chemical or software engineer, or a certified electrician or heating/ cooling technician.

We also need to teach our kids the soft skills that come along with being successful in the workplace;   such as showing up on time, knowing how to target your resume to a potential employer,  improving their interview skills and most importantly, knowing how to network.  They also need to know how wealth is created in this country today is a lot different than it was when our parents and grandparents were their age.

And by education, I’m also not just talking about classroom-related matters.

In many areas, the value of the homes is determined by the schools in their neighborhoods. Improve the schools (more choice, higher standards) you increase the quality of life in the communities and improve the home values.   Also, there need to be smart strategies in the realms of criminal justice and law enforcement so that the bad guys are taken off the street and positive relationships are built between law enforcement and the community it serves.  How does it help a kid get a good education if he or she is worried about being a crime victim on the way to class?

All this can be done without spending an additional $100 billion because it’s not rocket science.   This is common sense.  This is taking a thoughtful, rational approach to tackle an issue that uplifts and empowers individuals to be masters of their own destinies, without the usual SJW histrionics and abhorrent socialism that you would usually come across.

And you don’t even have to break out the baseball bat.

Abdul-Hakim is an attorney licensed to practice law in Indiana and Illinois.  He is also the editor and publisher of Indy Politics.  His opinions are his own, but you are free to adopt them as your own.

Next post Council Settles Current and Former Clerks Claims for $125,000