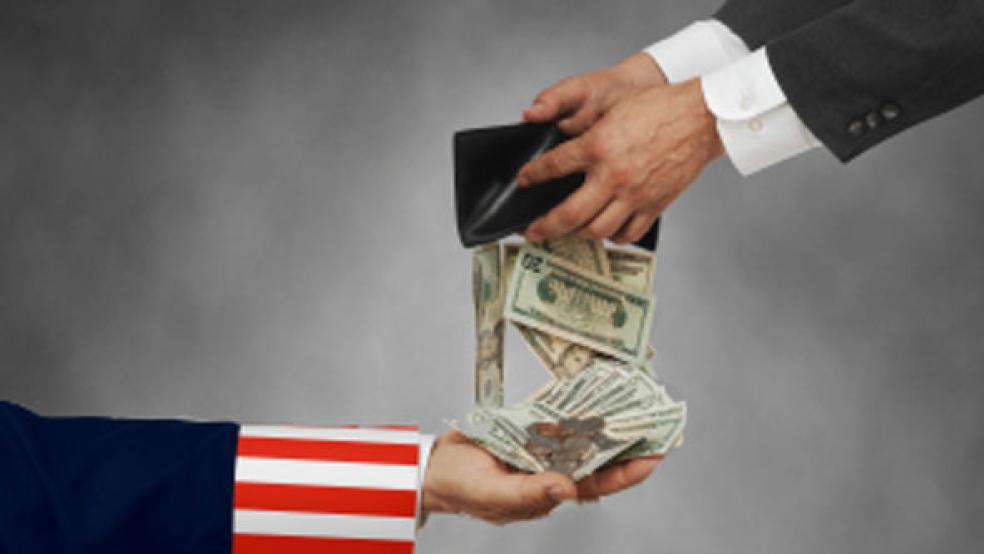 One interesting aspect of any discussion about taxes is how many otherwise well-educated people misunderstand the truths about who bears the burden of a tax. Let us consider sales tax as an example. Indiana has a complex law that says tax must be paid by the consumer, and that the retailer merely ‘collects’ this tax. Indiana even prohibits firms from advertising that ‘sales tax’ are included, and allows them to keep a tiny share of the tax they ‘collect’ for the trouble of collecting it. This means that most folks toil under the false belief that consumers alone pay this tax. That is raw nonsense.

For a couple centuries or more, economists who study taxes have known that any tax is borne by both buyers and sellers. The proportion of the tax paid by each is determined by how sensitive each is to changes in price of a good. For some products, consumers will be very price sensitive and buy much less of the item if the price rises. For other products, they will scarcely change how much they buy no matter how the price changes. Either way they consider the tax in their consumption decisions, and alter how much they buy accordingly.

Producers behave in similar ways. Some will continue to sell the product even when the price changes greatly. For other products, even a small price drop will cause sellers to shift their productive efforts elsewhere. Either way, a tax will cause them to adjust their prices for the good, either a little or a lot. In this way, both producers and consumers pay a share of any tax.

Thus, the share of that tax paid by each isn’t determined by the legislature or a tax administrator, but by the economic forces that determine the relative price responsive of the buyers and seller. It has always been thus.

This sort of reality might seem off-putting to many folks, even though it is covered in high school economics classes. So, let me offer more evidence that it is true. Let’s just examine the history of who opposes or supports tax changes. In 2008, as the Indiana legislature debated changes to sales and property taxes, retailers wailed against the sales tax increase, while realtors heralded the property tax caps.

If you ask a typical tax lawyer, they couldn’t explain this phenomenon. They’d argue that legislation mandates that consumers pay the sales tax and homeowners pay the property taxes. Because of that, retailers and realtors should not care one whit what the sales or property taxes rates might be. That is silly of course, because the value of the taxes are absorbed to some degree in the price of the good or property. So, retailers and realtors care deeply about taxes because they effect the price of the good sold, whether it is candy or houses. In that way they pay part of the tax, no matter who writes the check to the government.

This same reality plays out in every form of taxation, in every time place in the world. One consequence of this reality is that almost all of the deeply held beliefs many folks have about the fairness of a particular tax or the impact of tax cuts or tax increases are mistaken.

What’s Up with Gas Prices?