Monday was the official grand opening of the center, even though it has been open to the public for a couple of weeks.

The Sheriff and Judges have all moved out to the Center, and the Marion County Public Defender is slated to move in at a later date.

Hogsett told Indy Politics that the Prosecutor’s office has a long-term lease in their current building on East Ohio Street, and he hopes they can get them out of that lease.

You can hear Mayor Hogsett in the Leon-Tailored Audio above.  It runs about six minutes.

In addition to asking about the new Community Justice Center, we also spoke about property tax assessments and his desire to end slating in Marion County. 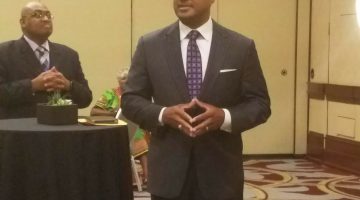