To better fund public education and improve the state’s criminal justice system, today Democratic nominee for Attorney General, Jonathan Weinzapfel, called for the legalization and regulation of marijuana for adults in Indiana.
Indiana is one of just 23 states where possession of even small amounts of cannabis could lead to jail time and it’s one of 17 states that prohibit its medicinal use (1). Indiana’s neighbors, Illinois and Michigan, have already legalized recreational usage and Ohio now permits medical marijuana.
“As Indiana works to come out of this pandemic stronger than before, legalizing cannabis for adults just makes sense,” said Weinzapfel. “Not only will it help bring in much needed tax dollars, it will also relieve unnecessary burdens on police and the court system, while reducing jail overcrowding across the state. This will allow law enforcement agencies to focus on serious crimes and keeping our communities safe.”
In contrast to Weinzapfel’s position, his opponent, former Congressman Todd Rokita, supports locking Hoosiers up for possession of marijuana and opposes its medicinal use.
Since their laws went into effect, Michigan has already collected more than $35 million in new tax revenues from the sale of marijuana (2), while Illinois has collected more than $100 million (3). The Tax Foundation, an independent tax policy nonprofit, estimates that Indiana could generate upwards of $171 million annually from legalization (4).
“As Attorney General, I would work with the Indiana General Assembly to create a well-regulated system and advocate that tax dollars generated from the sale of recreational cannabis be directed towards public schools and giving teachers a raise,” said Weinzapfel, a former state legislator. “I also would push for a portion of those new dollars to be invested in supporting and improving public safety.”
Specifically, Weinzapfel, a former Mayor and the only candidate to lead a police department, is also calling for the following reforms:
● Providing Body Cameras to Every Police Officer. Under Weinzapfel’s leadership as Mayor, Evansville became one of the state’s first cities to purchase body cameras for its police force. As Attorney General, Weinzapfel will work with the General Assembly to purchase body cameras for every police officer in Indiana.
● Create State Use of Force Guidelines. As Attorney General, Weinzapfel will support efforts to ban the use of chokeholds and will work to establish common sense use-of-force guidelines that under-resourced local law enforcement agencies can look to for guidance.
● Protect Police Departments and Communities from Problem Officers. The overwhelming majority of officers are dedicated public servants and deserve the trust of the communities they serve. In an effort to keep officers who can’t follow standard operating procedures from moving from one department to the next, Weinzapfel will work with law enforcement agencies to develop a new protocol that would allow departments to know if an applicant has a history of complaints or disciplinary actions.
● Improve Training for Law Enforcement. As Attorney General, Weinzapfel will advocate for increased funding for training of public safety officers, including de-escalation of violence techniques and awareness of signs of mental illness, and will support efforts to fund much needed upgrades to the Indiana Law Enforcement Training Academy.
● Create Drug Courts in Every County. To better address the state’s opioid epidemic, Weinzapfel will advocate for the creation of drug courts in every Indiana county. Approximately 55 circuit, superior, county and city courts already exist. The courts focus on treatment and rehabilitation and keep non-violent offenders out of already overcrowded jails. With the COVID-19 pandemic leading to an increase in opioid use across the nation, Indiana must be prepared to proactively address this growing crisis.
● Reduce Indiana’s Recidivism Rate. As a former Chancellor at Ivy Tech, Weinzapfel will use his higher education experience to help tackle Indiana’s recidivism epidemic. Currently, about 40 percent of incarcerated Hoosiers return to prison within three years. Those who participated in work release or education programs are nearly 40 percent less likely to return than those who do not. As Attorney General, Weinzapfel will assemble leaders from the state’s colleges and universities, state government, the business community, law enforcement and criminal justice advocates, as well as the non-profit sector, to develop a plan to bring more opportunities to those in prison so they are released with skills and job opportunities, thereby reducing the state’s high rate of reincarceration.
● Create a Statewide Criminal Justice Roundtable. As Mayor, Weinzapfel created community roundtables to discuss important topics, including education and accessibility issues. As Attorney General, Weinzapfel will form a statewide roundtable on criminal justice reform to generate meaningful ideas and offer input to his office, the Indiana General Assembly, and the public on criminal justice challenges facing the state.
● Use the Opioid Settlement Wisely. As Attorney General, Weinzapfel would be a leading voice in the multi-state lawsuit with opioid manufacturers. Through the settlement agreement, Weinzapfel will work to ensure those dollars are spent on providing drug addiction rehabilitation services, combatting future drug abuse throughout the state, and funding mental health counseling and treatment.
“I look forward to working with leaders of both parties to advance this plan and better fund education and public safety,” said Weinzapfel. “We cannot remain stuck in the past, while the states around us are moving ahead. We can create a safe, well-regulated system here that will benefit our children, families and communities for years to come. I’m committed to doing that as Indiana’s next Attorney General.” 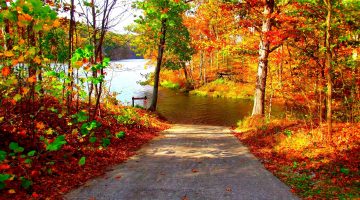 The Yelling Over Yellowwood