One member of Indiana House Public Policy Committee says the state’s alcohol laws are long overdue for a complete re-write.

The committee amended a bill today that would allow Rickers to sell cold beer at two of its gas stations until its permits expire.

Republican State Representative Sean Eberhart of Shelbyville says the state’s alcohol are broken, and lawmakers need to be re-write them.

He says the laws are a patch quilt of rules and many of them have no rhyme or reason.

He adds that a re-write should keep two primary goals in mind: keep alcohol out of the hands of minors and do as much as possible to reduce drunk driving.

You can hear Eberhart in the Leon-Tailored Audio above.  It runs about 13 minutes. 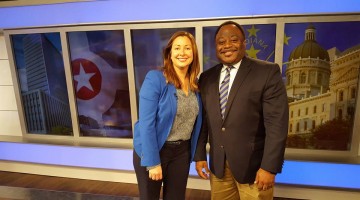