Although Indiana taxpayers got good fiscal news this past week, a big question is how long will the good times last?

Because the state will end the fiscal year with $1.1 billion in excess reserves, that will trigger an automatic taxpayer refund. While the final refund amount will not be calculated until later this year, early estimates suggest the refund could be as high as $170 per individual filer or $340 for joint filers.

In Indiana, reserve balances in excess of 12.5% of the next year’s budget is required to be split, with half dedicated to paying down pension obligations and the other half given back to taxpayers.

According to Klutz and the Holcomb administration, about $545 million will go to taxpayers and another $545 million toward pension liabilities.

Indy Politics spoke recently with Chris Watts, the head of the non-partisan Indiana Fiscal Policy Institute about the good fiscal news, who is responsible for the surplus and how long will the good financial news last?

You can hear Watts in the Leon-Tailored Audio above.

It runs for about 19 minutes. 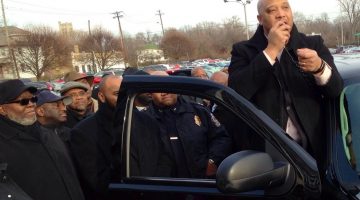