A representative of the Indiana Liberty Coalition says the group is looking for a candidate to actively challenge Governor Eric Holcomb in the 2020 primary.

In an interview on the Rob Kendall Show this past Sunday on WIBC radio, Monica Boyer said Holcomb’s support for hate crimes legislation as well the increase in the gas tax, shows he is out of step with Hoosier conservatives.

“I am deeply concerned about the direction he is taking Indiana,” Boyer said. “I’m going to be doing my best to make sure we get a conservative Governor here in Indiana.”

Boyer and her group have had some success in the past helping taking out Republican incumbents such as former U.S. Senator Richard Lugar and former State Representative Rebecca Kubacki.

On her Facebook page she ,publicly reached out to outgoing Congressman Todd Rokita to recruit him to run against Holcomb in 2020. “I sure would like to talk to Todd Rokita about running for Governor. It’s time we have a serious conversation about replacing our current tax raising, liberal Governor. Anyone close to Mr. Rokita, please bend his ear for me” she wrote.

Andy Downs of the Mike Downs Center for Indiana Politics at Purdue University Ft. Wayne tells Indy Politics he is not surprised that Boyer is looking for someone to challenge Holcomb. “I think it is safe to say that reaction was predictable. We know it can be done (see Mourdock / Lugar), but it is a longshot”, Downs said. “It is early enough that someone could make a serious run, but there will be a large number of hurdles to a successful challenge. If the groups are able to rally around a single candidate soon and if that person begins showing up at party breakfasts, lunches, and dinners throughout the state before the end of the year, the challenge may have to be taken more seriously.”

If Boyer and her group do find a candidate, they are going to have a lot of work to do.

Holcomb’s latest approval ratings are reported to be in the 60s with his disapproval rating below 25 percent. In addition, he closed out 2017 with more cash on hand than any other first-year Governor in Indiana’s history. And perhaps most important, he actively endorsed (i.e., did video spots for them, appeared at events, etc.) eleven incumbent Republican candidates for the General Assembly who faced contested primaries this past May and all eleven went on to win, several of whom were targeted by Boyer and other socially conservative groups. 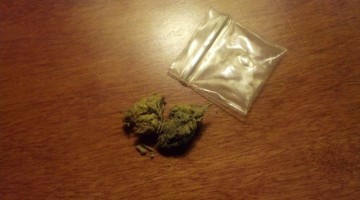 Do Your Dime Bag on Your Own Dime