Much to the dismay of the outgoing Pike Township Trustee, the Township Board has pushed back a scheduled public hearing regarding consolidation with the Indianapolis Fire Department until next year.

Trustee Patton has opposed fire consolidation for years, however, she recently began publicly exploring the possibility of consolidating.

Some critics say Patton only changed her mind after losing the primary to Township Board member Annette Johnson.  Patton says things have changed in the township and it was time to explore the option.

The Board originally voted to hold a public hearing next month, however, Johnson convinced the body to delay the hearing until January, saying it should wait until the new Trustee takes over and it would give the Board more time to weigh the pros and cons of consolidation.

You can hear Johnson in the Leon-Tailored Audio above.  It runs about five minutes. 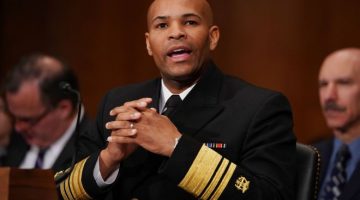 Speaking with the Surgeon General