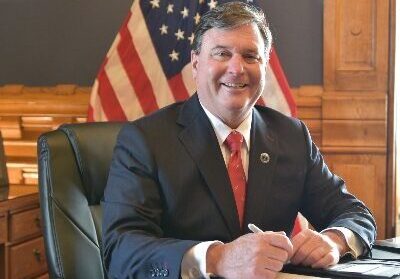 “A prosecutor should never wield the government’s extraordinary authority for political or ideological aims,” Brooks and Tinder wrote. “That smacks of McCarthyism and is especially pernicious at a sensitive political moment.”

In the commentary, Brooks described herself as having a “consistent pro-life record in Congress,” while Tinder wrote that as a retired judge, he’d never taken a public position on abortion. Tinder was appointed to the bench by two Republican presidents. Brooks was a federal prosecutor.

The pair, both native Hoosiers, rebuked Rokita for launching his investigation before reviewing the evidence Bernard had complied with reporting requirements.

Brooks and Tinder also criticized Rokita’s “inflammatory rhetoric,” referring to his characterization of Bernard as an “abortion activist acting as a doctor” on Fox News. Incendiary public statements, they wrote, jeopardize the “justice system’s legitimacy” and harm the individuals spotlighted.

“Government investigations should remain confidential unless and until a defendant is charged, with respect for the presumption of innocence and government’s burden of proof,” Brooks and Tinder wrote. “A baseless investigation, if disclosed publicly, causes the target reputational damage, humiliation and loss.”

Bernard has filed a tort claim notice — a precursor to a lawsuit — against Rokita. Her lawyer called Rokita’s statements a “smear campaign” in an interview with NPR.

Rokita provided a statement to the Capital Chronicle saying, “Since the doctor’s comments about one of her patients to the media made international news, the disclosure of such private information, which is protected by state and federal law, is a matter of general public concern. Keeping the public informed is an important part of my duties as Attorney General. The indication of a review or investigation does not imply guilt or innocence and the media and others need to stop rushing to judgment and keep an open mind, relying on our promise to get all of the facts and not be deterred.”

Brooks and Tinder weren’t the first to criticize Rokita’s actions.

Earlier this year, former IU Maurer School of Law Dean Lauren Robel alleged that Rokita’s statements on Fox News were “false or baseless,” according to a three-page complaint to the Indiana Supreme Court Disciplinary Commission.

Rokita responded to a question about Bernard’s tort claim notice while on Newsmax Monday.

“There’s been some evidence that one report was made — we’re researching that,” he said. “There’s other reporting duties as well. And then there’s privacy duties and expectations that we have to determine whether or not they’ve been upheld.”

“No matter what the intimidation tactics of attorneys are out there, we’re going to do our job,” he added. 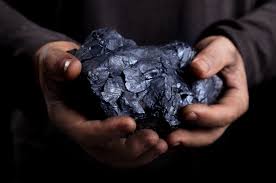 Some Thoughts on the Coal Economy