A former state Inspector General has filed to run for Marion County Prosecutor.

Cyndi Carrasco launched her campaign today for Prosecutor.  Carrasco has filed as a Republican for the May Primary Election with hopes of taking on incumbent Ryan Mears in the November General Election.

Carrasco is a passionate advocate committed to public service. She says her nearly 20-year legal career has placed her on the front lines of advocating for Hoosiers and holding bad actors accountable.  As the second-ever Inspector General for the State of Indiana, Carrasco led a critical law enforcement agency, investigated white-collar criminal activity, and worked with prosecutors
across the state to hold criminals accountable. Most recently, Carrasco resigned her position as Deputy General Counsel to Governor Eric Holcomb to focus on the campaign.

“The citizens of Marion County and the reputation of our city are hurting,” Carrasco said. “I care deeply about this city, and I want to make it a safe place for families like yours and
mine to live and visit yet again. The prosecutor is the top public safety official in the county. My years of public service have prepared me, and I am ready to lead and to be the
partner that the courts, law enforcement, and community stakeholders need to make Indianapolis a safer city.”

Carrasco, 41, is a native of El Paso, Texas, and the daughter of naturalized Mexican immigrants.

At this time, Carrasco is the only Republican candidate who has expressed an intent to run for Prosecutor.   The Primary Election will take place on Tuesday, May 3, 2022. The Marion County Republican Party will hold a slating convention on Saturday, February 5, 2022, when the party will slate its preferred nominee for the office of Marion County Prosecutor. 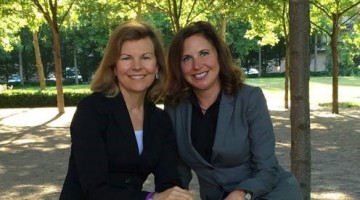