As Indiana lawmakers enter the last three weeks of the session, statehouse leaders say efforts to halt Rickers from selling cold beer at its gas stations are running into complicated legal issues, which could result in the company being able to continue the practice in the short term.

This week lawmakers heard legislation that would prohibit Rickers from selling cold beer. However, legal issues have surfaced as to whether that could happen since the company was properly granted a license from its local and state alcohol boards. Also, it appears that any law to prevent Rickers from selling cold beer could also impact other businesses such as bowling alleys and movie theaters.

Both House Speaker Brian Bosma, as well as Senate President Pro Tempore, say they hope to reach a solution that works for all parties, but Indiana’s complicated alcohol laws make that difficult, and the result may be Rickers being able to sell cold beer at it gas stations in Columbus and Sheridan.

You can hear Bosma, Long as well as House Democratic Leader Scott Pelath in the Leon-Tailored Audio above.

Also, lawmakers also discuss the budget, road funding, and the Senate Republicans decision not to increase cigarette taxes to help cover the costs of Medicaid. 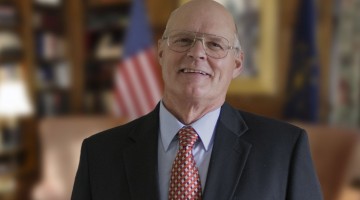 A Few Minutes with Rex Bell