Advocates for cold beer carryout sales have figure out a way to make that happen, sort of.

The Indiana Petroleum Marketers and Convenience Stores Association is promoting the “Chill Indiana glacier bags, which allow customers to purchase beer or other beverages, and put it in the bag that they fill with ice.   Association Director Scott Imus says the bag is designed so that the beer will be cold in 15 minutes.

“If customers want to buy cold beverages, such as water or soda, the bags will keep that beverage cold. Conversely, if the customer buys a product that stores are forced to sell warm, such as beer, the product will be cold by the time that customer reaches their destination, ”  Imus said.

Although lawmakers passed legislation allowing for Sunday retail alcohol sales, they failed to pass legislation that would have allowed grocery and convenience stores to sell cold beer for carryout.

Despite that, Imus says the Chill Indiana bag is not a substitute for changing the law.  “This should not be viewed as a solution to our cold beer fight, as that battle continues. There remains no public policy reason to allow liquor stores to sell cold beer but deny that right to grocery and convenience stores. This innovative approach does not run afoul of the cold beer prohibition because the customer will be chilling the beer after the point of purchase,” Imus said.

The bags are manufactured by RP & Associates of Hermosa Beach, California and have a suggested retail price of a Chill Indiana bag is $6.99. Stores are expected to start carrying the bags over the next several weeks, although some may have them in time for the Memorial Day weekend. 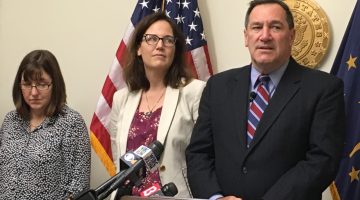