The Indiana Conservative Alliance for Energy (ICAE) this week announced the results of a new statewide poll showing what it says is strong conservative support for renewable energy development in the state, as well as overwhelming support for letting “markets and costs” rather than the government chose our state’s energy mix.

The poll results indicated that Indiana conservatives support solar development 71 percent to 24 percent and wind development by a margin of 57 percent to 38 percent.  Most importantly, the poll found that nearly six-in-ten (57 percent) Republicans are more likely to support a candidate for elected office who favors increasing the use of renewable energy.

The poll also found that Republicans want the marketplace – and not the government or ideology – to guide decisions about energy, even if it means the decline of legacy energy sources.  This is coming on the heel of the legislature’s unsuccessful attempt to impose a moratorium on energy development that was widely believed to be aimed at protecting coal interests in the state.

According to the poll, an overwhelming 84 percent of Republicans believe that “markets and costs” should decide rather than the government incentivizing or supporting a particular form of energy compared to just 9 percent opposed.

The ICAE poll was conducted by Christine Matthews at Bellwether Research & Consulting and surveyed 500 Indiana Republican primary voters from June 25-27, 2019.  The margin of error of the poll is plus or minus 4%.  These results are consistent with a similar poll conducted in 2017.

Indy Politics spoke with Jared Noblitt, the Executive Director of the ICAE.  The Leon-Tailored Audio runs about 10 minutes. 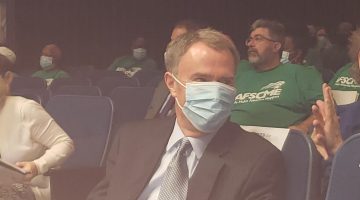