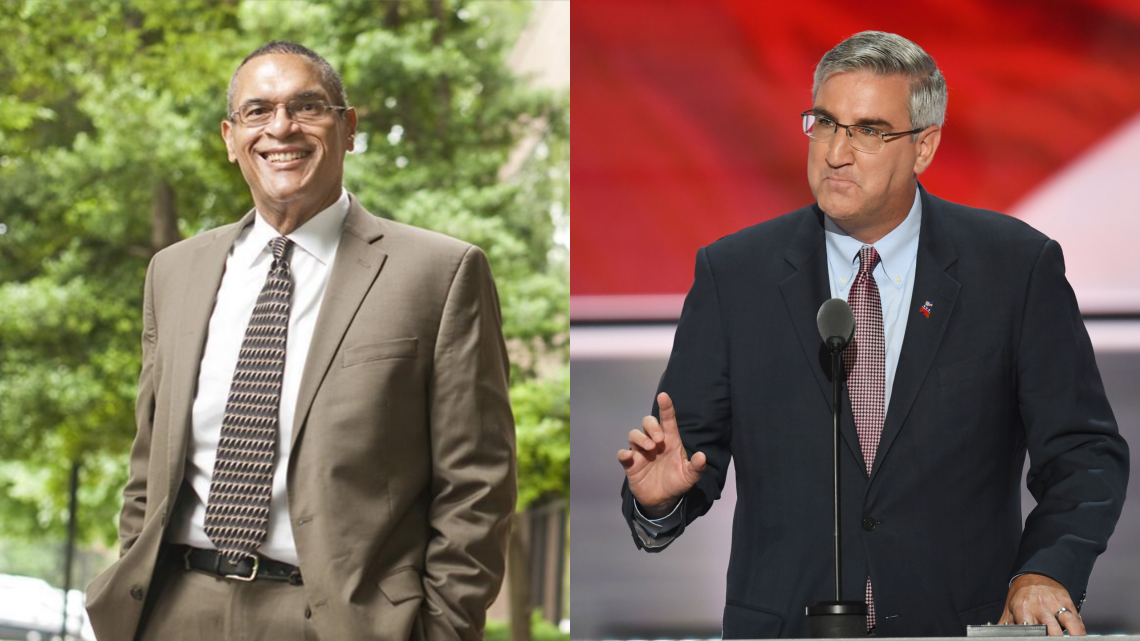 The campaign for  Democratic gubernatorial candidate Dr. Woody Myers says they have a chance to win the Indiana Governor’s race and they are citing a national publication as evidence.

National Journal has listed the Indiana Governor’s race as one that is up for grabs.   Out of the 14 races for Governor, this year and next, Indiana comes in tenth…

“At a different time in politics, a young, Harvard-educated veteran mayor of South Bend may have viewed a challenge to a governor who was elected by a 7-point margin as his most logical next step. Instead, Pete Buttigieg is running for president—and raised more than anyone else in the second quarter—and Holcomb is facing potential matchups with former state health commissioner Woody Myers and state Sen. Eddie Melton.”

“It’s clear the Indiana Governor’s race is drawing attention from national observers and that’s because Democrats have a real chance of regaining the state’s top office,” said campaign manager  Max Glass .  “The more Hoosiers hear about Dr. Myers’ Indianapolis roots, his commitment to public health, business success and his desire to make Indiana a better place to live and work, the more support and attention we are attracting.”

“This is a good joke and pretty misleading,” noted Holcomb campaign spokesperson Holly Lawson.  ”The fact of the matter is there are only 14 gubernatorial races in 2019 and 2020, so a 10th place ranking is hardly of note. Someone had to come in at 10, and that person has a 61-percent approval rating, more than $6 million in cash on hand and is one of the most popular governors in the country.”

Political analyst Andy Downs of the Mike Downs Center for Indiana Politics said how the ranking is viewed will depend on where an individual stands, politically.  “Two sides of the same coin. If you are running against Holcomb, you point out the seat is not among the safe seats or that it is listed as a seat that could flip,” he said.  “ Calling a seat that could flip sounds better if you want to use this to raise funds. If you support Holcomb, you point out the seat ranks 10th out of 14 seats up in 2019 and 2020.  That sounds pretty safe.”

In its most recent ratings last April, The Cook Political Report labeled the Indiana Governor’s race as solid R. 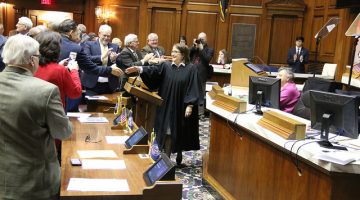 The State of the Judiciary