Indiana Democrats are accusing Secretary of State Connie Lawson of possibly misleading the public when it comes to an investigation regarding possible voter registration fraud.

Lawson announced this week she’s asked State Police to look into what she says are thousands of cases of voters’ names or birth dates being altered.

Democrats called Lawson “reckless” and accused her of “inflammatory rhetoric”.

You can hear the Democrats in the Leon-Tailored Audio above.  Part one is their announcement, part two is a question and answer session with the media.

Voters have been contacting my office for nearly two weeks. They have stated specifically that their date of birth or first name on their voter registration was changed without their knowledge. As Indiana’s Chief Elections Officer, I have a duty to ensure these voters are not disenfranchised because they think they are no longer registered. I let these voters know they are still registered and can still vote on Election Day. Time is of the essence as there are only 19 days until the election.  With these facts in mind, for anyone to suggest I am playing politics with voter registration is absurd.  My top priority is to ensure everyone can cast a vote on Election Day.

“For the record, I have not given the lists my office pulled to anyone in the Election Division, which includes representatives of both parties. The lists were only given to state police. I did this out of my concern for voters and for the integrity of our elections.  This is an issue that needs to be taken very seriously. Since I have been Secretary of State, there have been two cases of voter fraud in Indiana. Butch Morgan, the St. Joe County Democrat Party Chair was convicted and served time for petition forging. Former Democratic State Representative Mike Marshall was convicted and served time for absentee ballot fraud. I hope we will not have a third conviction, but it is my duty to the voters of Indiana to stay vigilant.” 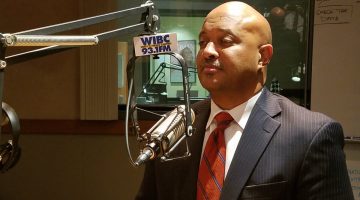