U.S. Senator Joe Donnelly says the head of the Carrier Corporation could not point to one federal regulation which the company says was responsible for its decision to relocate facilities in Indianapolis and Huntington to Mexico.

Carrier announced it was closing facilities in Huntington and Indianapolis, putting hundreds of Hoosiers out of work.

In an interview on WIBC’s Abdul at Large Program, Donnelly said he spoke with Chris Nelson of Carrier Corporation today who is President of HVAC systems and services for North America.

Donnelly says he pressed Carrier to cite the burdensome regulations that were responsible for the relocation decision, but the company could not answer.   He also says taxpayers forked over more than $5 million in job performance related subsidies and he expects that money to be paid back.

You can hear the entire conversation in the Leon-Tailored Audio above.  It runs about 9 minutes. 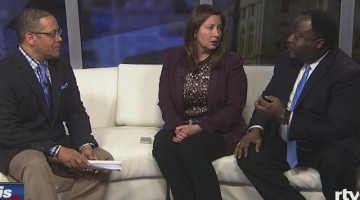