The Superintendent of Indianapolis Public Schools is continuing to addressing the fallout regarding a situation where a teacher had inappropriate sexual contact with a student and district officials failed to report it in a timely manner.

37-year old Shanna Taylor, a guidance counselor,  was charged earlier this month with child seduction and dissemination of material harmful to minors for allegedly engaging in a sexual affair with a student.

School officials waited six days to report the relationship to the authorities.

Speaking to the media Monday morning, Dr. Lewis Ferebee said while he was told of there was a relationship between a student and guidance counselor, he was not made aware of the details.   When asked if he should have reported the incident, Ferebee said IPS has had more than 1400 cases referred to state protective services over the past year and it would be practically impossible for him to personally address each case.

He did however also say the incident was a perfect storm of miscommunication and that the staff who had the primary responsibility to report the incident failed to do so in a timely manner.

He says since then, IPS has tightened up its policies and procedures for reporting.  He says several individuals are also being disciplined for their inaction.

You can hear Ferebee’s comments in the Leon Tailored Audio above.  It runs approximately 12 minutes. 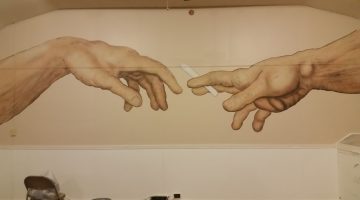