Indiana Governor Mike Pence is calling the 2016 legislative session a success, even though lawmakers failed to pass civil rights protections for LGBT Hoosiers.

Pence touts $1 billion in state and local road funding, without a tax increase at the state level.  He also says locals were given ample tools for long term road funding as well.

When asked about the failure to pass protections for the LGBT community, the Governor said his position remains the same that religious freedom must be protected, however he praised lawmakers for having a civil discussion about the issue.

You can hear the Governor’s comments in the Leon-Tailored Audio above.  It runs approximately 30 minutes and is divided into two parts. 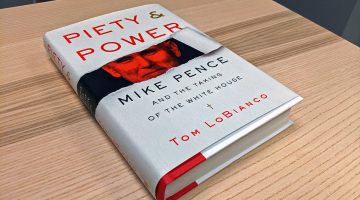