The First Church of Cannabis is going to court for the right to use marijuana as part of its sacrament under Indiana’s Religious Freedom Restoration law.

The suit, filed in Marion County Court, is asking for an injunction against the state and city of Indianapolis to prohibit members of TFCC from being prosecuted for using marijuana as part of their sacrament.

Attorney Mark Small says that under RFRA, the state’s marijuana law put an undue burden on his clients when it comes to practicing their faith and he adds the government does not have a compelling interest in limiting their religious liberty.

You can hear Small’s comments in the Leon-Tailored Audio above, as well as TFCC founder, Bill Levin.  It runs under 10 minutes.

Local law enforcement had threatened to arrest and prosecute anyone who used marijuana at the Church’s inaugural service last week.  Another service is scheduled for 7 p.m. tonight.

A copy of the suit can be found here. 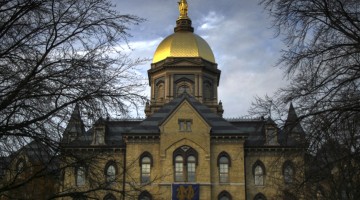